I decided to enter into one more regional show before ending the 2015 Men’s physique competitive season. My 3rd place placing at the Northeast Summer Classic did not sit well with me. I’m aware of the saying you win some you lose some but my idea of winning is bringing your best. I felt that I did not bring my best a month ago. My placing was a result of making the mistake of using the same method of contest preparation last year. I failed to understand that my life was different in 2014 compared to now. I wasn’t teaching aerobics classes. I wasn’t burning 3,000 calories daily. This is a new year and new season; I needed a new game plan. As a competitor your ultimate goal is to be crowned Mr. Olympia but before you can do that there are steps that you have to go through. For instance, you start as an amateur and  enter a regional show in hopes of winning 1st place and becoming qualified for Nationals. At Nationals, you work towards winning your class and earn your IFBB pro card, which makes you eligible to compete on a professional level and receive money and sponsorship. As a pro you want to win a pro show and receive your qualification to the Olympia. Sounds easy right? Far from it. I’m just scratching the surface. Anyways, my new goal is to step on the national stage for the first time this year.  So I decided to try a  new prep and the NJ state championship  was going to be my “tester” show. 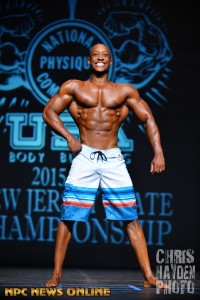 If this new found plan worked, I would polish it for nationals. Instead of cutting carbs like I did at my last competition, I carbed up all the way to the show. Boy did that make a difference! I came in fuller and tighter. This was my second coming at the NJ state. Last year, I placed 4th.   While this year, I am proud to come in at a strong 2nd alongside a fellow gym buddy and fitness personality Alex Los Angeles. 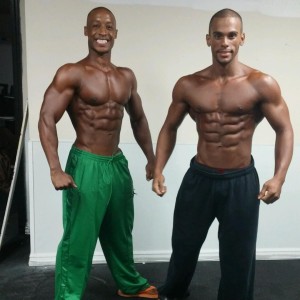 It seems as though the prep worked, and I made a big improvement since last year. I still need to make a few tweaks, but its good to know what direction I want to take for Nationals. I’ve decided to compete at the Florida Nationals this November. Come join me on my journey as I prep to present the best package on the national stage.